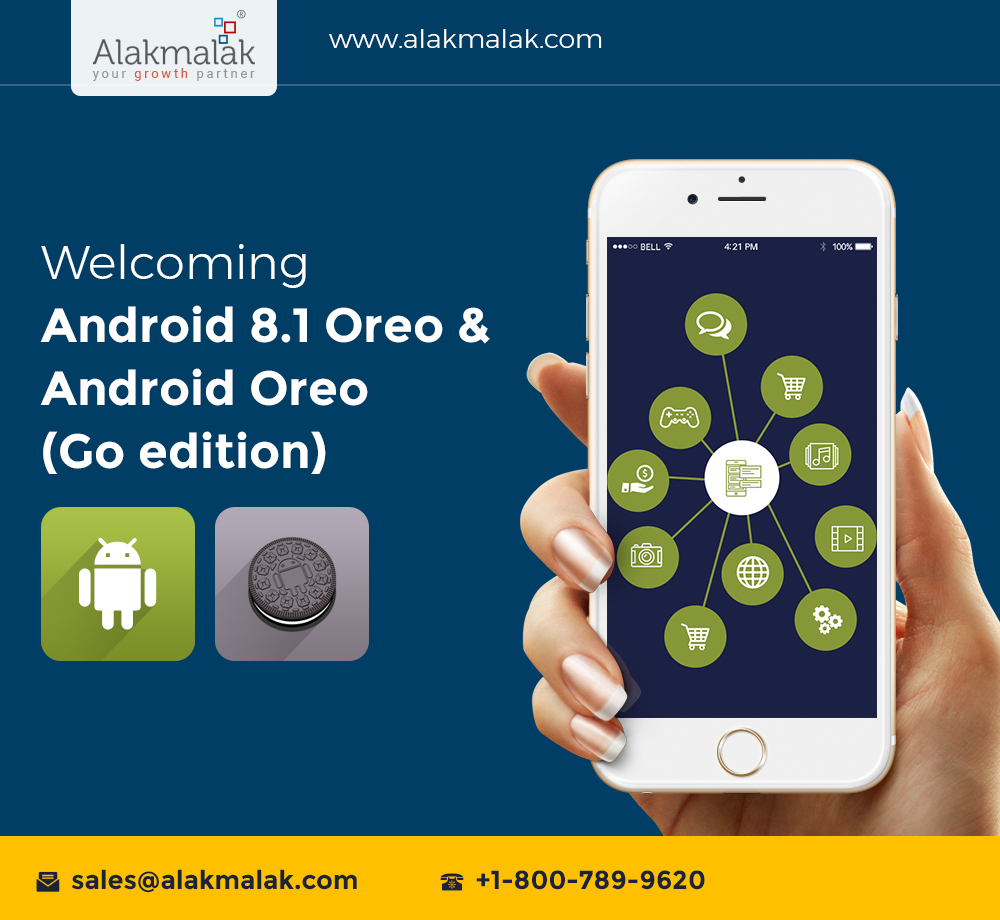 Features of the new Android 8.1 Oreo

The new version of Android Operating system, Android 8.1 Oreo has many new features and also happens to be a AI-first Mobile platform.

There are some of the main features listed here:

Android 8.1 Oreo has extended support for the Go edition as well. The main purpose of doing this is to allow even the entry level device users to take advantage of the advanced software features. The entry level devices are known to be low on processing power possesses lesser RAM as well.

The main features of the Android Oreo (Go Edition) are:

Alakmalak is a Mobile app development Company. They offer many services and in many different technologies, including web development, website design, digital marketing and many other services. They have highly skilled mobile application developers who have the experience to prove it as well. These developers have state of the art resources at their disposal to develop stunning websites. Hence Alakmalak is one of the best places to Hire Android Developer.