It is a good idea to test your code prior to delivering the final project in order to avoid risks. It is quite common for there to be bugs in the code due to errors of some kind. Hence, testing the code prior to release is a must to make sure that you provide the best project quality to your clients. 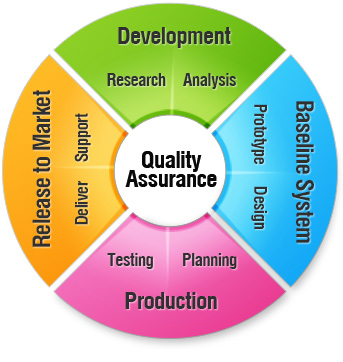 Here are a few PHP quality assurance tools that can be used before hiring a PHP developer.

– PHPUnit: PHPUnit is a popular framework for testing a website project developed using the language PHP. It is based on the xUnit architecture for unit testing. PHPUnit has been designed to be able to find the bugs in the code quickly and easily. By making use of specific units it is possible to make sure everything is tested correctly. The test cases developed can be reused and only requires an initial setup.

– Behat: Behat uses a framework for developing acceptance tests from the specifications. It uses the Cucumber framework and it is a very simple framework to learn since it uses descriptive text.

– Atoum: Atoum uses a very fast engine that makes testing fast reliable and efficient step by step. It uses techniques like test isolation and parallelization to ensure better performance. Since unit testing does require to be fast, the Atom testing engine is a big advantage since it makes this possible. It is possible to develop test mockups with ease and it is also easily integrated into the PHP system.

– Selenium: This is a testing tool that is used for browser testing. The main purpose of this testing is acceptance testing and integration testing. It is easy to set up the tests with this tool. The way it works, it transforms the tests to the browser API commands and asserts the expected results. All most all the browsers are supported.

– Dusk: Dusk is an automation tool that can be used as a standalone testing tool. It is possible to use it with chrome-driver and Selenium. Dusk has an easy-to-use API that can test almost all elements of a PHP website.

– PHPSpec: PHPSpec uses a behavior-driven testing approach. It is necessary to first write the specifications on how the application codes behave prior to starting the tests.

Why you choose Alakmalak as the best PHP Development Company?

Hence if you need to hire PHP programmer in India it is safe to choose Alakmalak.