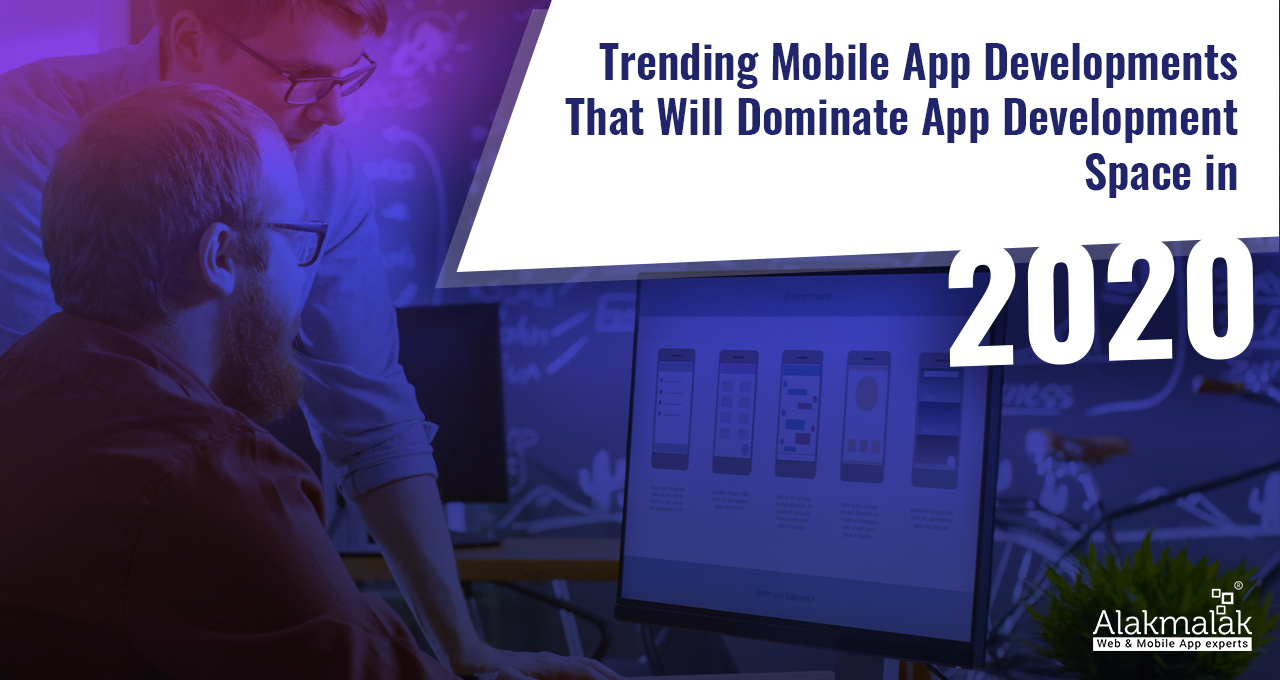 The mobile app development industry is evolving at a faster rate with its newest
technology advancements based on consumer needs. If you want to succeed in this area,
it is vital that you stay up to date with the latest technology trends.
So, to build a leading mobile application one should stay focused on current mobile app
development trends, as listed below:

These are just a few of the trends that will dominate the business landscape in 2020 and
beyond. These have a substantial value that can push the boundaries for the mobile app
development space. So, now is the right time for you to get into mobile app
developments for your business. Accept the change and move with the pace.

Alakmalak is a web and mobile app development firm that has been around for a while. They have developed more than 2000 websites for clients from all around the globe. We also have a dedicated team of app developers who is highly skilled and experienced. These developers make use of the state of infrastructure and facilities available to them.