5 Important tips that every Android app developer must know

With more than 85% of the global market, share android is definitely the largest mobile platform in the world.

By following some useful tips, the Android Developer will be able to churn out the best apps for the customer. This easy-going language brings a breadth of fresh air to the Android development world. 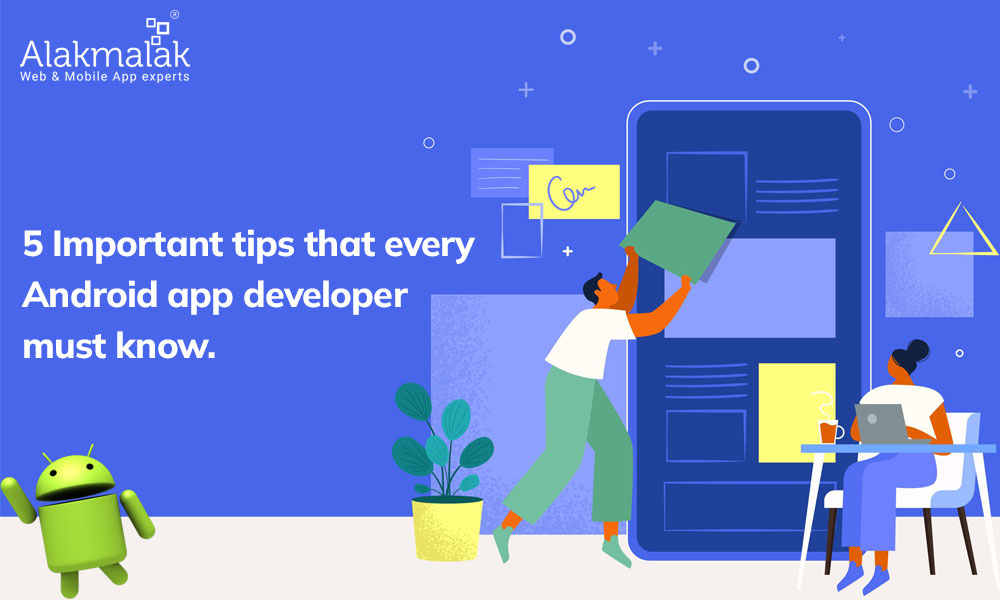 Here are the top tips that android app developers must follow:

Google has laid down certain android guidelines, and these are very useful to new android developers. Every developer wants to create an app that works well and has no inconsistencies.

They want to create an easy-to-use app that the end-user will enjoy. It is important that the android app developer analyses the android app guidelines that Google has laid down for all this.

2. Creating a roadmap of all stages of android app development:

You should find ways to make the User interface(UI) Of the android app fast and responsive to keep the users engaged.
Next, he needs to figure out how he is going to complete each of the stages of the android mobile app development so that he can create one of the best android apps for the client.

Testing the app properly is something that no android app developer can miss out on. The app developer should not even consider giving the app to the client until the testing phase is completed.
The testing of the app gives an idea about the bugs and inconsistencies in the app.

Once the developer knows about the drawbacks of the app, he can work to remove the bugs and give a flawless app to the customer. It is equally important to test your app and save time while testing and this is the reason why you need to adopt Test-driven Development(TDD).

Is your android app taking a long time to open? If the answer is yes, then the end-user is definitely not going to use the app. The size of the android app, the speed of the app, etc., are important factors that influence the client retention rate.

Therefore, while developing the android app, every app developer has to make sure that he optimizes the app so that the app opens quickly and the end-user enjoys a great user experience.

One of the best things about android apps is that they support different android devices. Therefore, while developing the android app, the developer has to keep this aspect in mind and needs to ensure that the android app will work well on the Low-End Device.

Many mobile users prefer the android platform, and hence there is a lot of demand for the best android app.

Therefore, there is tough competition in the android app development market, and the developers have to make sure that they create an outstanding app that is better than the existing apps in the market.

Testing the app and ensuring that it works well on different devices is also something that the app developer needs to keep in mind.