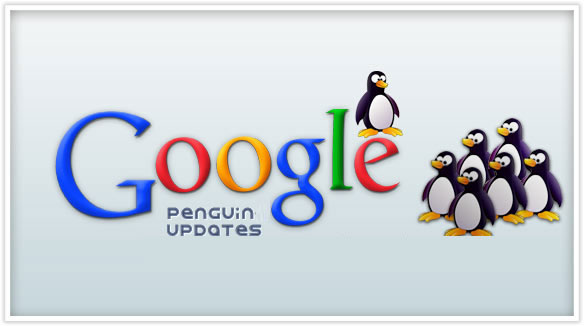 The Google Search Engine is by the most popular search engine of them all. The title of the King of Search Engines goes to Google even in 2015 as it has been in the recent years. As the famous saying goes “With great power comes great responsibility – Voltaire”. Thus there is a great responsibility on Google’s able shoulders to provide it’s visitors with good quality search results which it does with flying colors.

But being responsible in this case means making their search algorithm very strict and penalizing defaulters as well. Thus it comes at a cost. They implement their unbiased rules in a good manner and it has affected a few big companies already.

Here are a few facts about Google’s search engine algorithm that might interest you before taking a look at what the Google Penguin (Algorithm) is all about:

Google has released several updates over the years like Panda, Penguin, Hummingbird, Pigeon, etc. However none of them have been as popular as the Penguin one. It has become popular for all the wrong reasons though, chiefly because it means that several Black Hat SEO practices are now not effective and also penalized.

What is the Google Penguin?

Google Penguin is the name of the algorithm that chiefly targets Spam. It was introduced in April 2012. The main factors that it targets are:

There is more to Penguin then just the above list, in fact as per the guidelines the following items are also affected:

The story so far:

The Google Penguin algorithm was released in 2012 and there have been many updates to this algorithm since then. Here is the list in brief:

There is the general feeling that there will be another Penguin update in first 6 months into 2015 after the overall feeling after Penguin 3.0

Does Google Penguin affect your ranking?

To put in the minimum number of words: Yes, the Google Penguin update will affect your ranking besides which the new rules will make sure it also penalizes bad SEO practices.

Google Penguin method (is it Algorithmic or Manual)?

The Google Penguin update has been Algorithmic and is likely to stay that way in the future too. However does seem possible that an Algorithmic penalty can trigger a manual review of an issue. In general Penguin will affect all those websites which are doing things wrong. In addition to which there are several degrees of how bad it is and how much it will affect the website.

To check if you can be affected by the Penguin algorithm the place to look for is mainly places other than your website. The only factor that on the website is keyword stuffing and thin content pages. The other factors avoid would be spending a lot of time optimizing anchor text and obtaining irrelevant links from other websites. Factors like link Spam can also be the cause of a Penguin penalty. It may be a good idea to use special purpose tools to perform an audit and figure out what is hurting your ranking. Google Webmaster tool and Bing Webmaster Tool are some of the tools available.

It’s a war zone out there

Competition is fierce with just a large number of websites wanting to be on the top for the same set of keywords. With this in mind many people used to practice bad SEO techniques. However the Penguin update has made it more difficult for people to cheat their way to the top. But can this work against you? The sad truth is, it can. This is often termed as Negative SEO and is often practiced by you competitors if your website is on the top and they are under; just so that they can get on the top.

The good thing is that Google too is aware of such practices and has taken measures to detect if such an event has occurred. However they too cannot catch all such activities.

Alakmalak is Digital Marketing Agency in India that also provides several SEO related services. Having developed more than 2000 websites in short span of time for clients all over the world, they have gained valuable experience in all the right fields. Their SEO team has been equally successful and continues to help clients the world over cope with the changing face of digital medium, whether it is the mobile revolution, increasing importance of social media or the greater acceptance of purchasing over the internet.