Take a look at Common React.js security vulnerabilities that need to be fixed 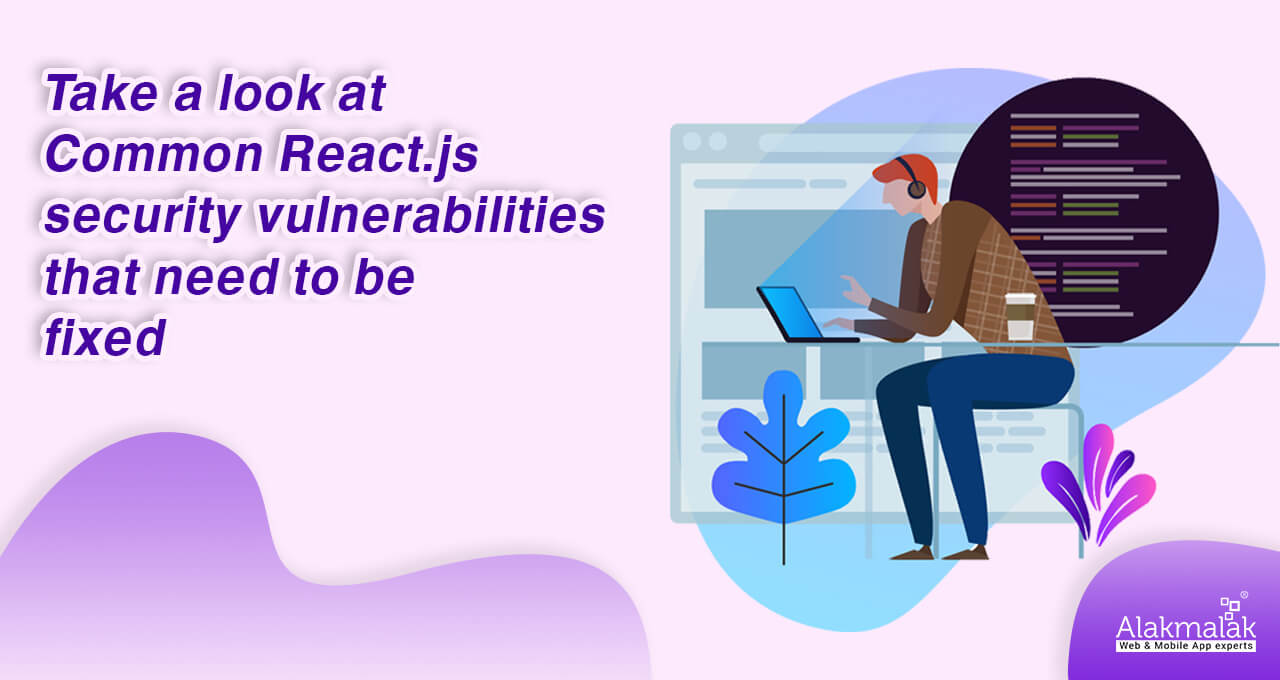 Cross scripting is one of the most common vulnerabilities and the developer has to tackle
this when they are using any of the affected modules. There are 2 types of cross-scripting
attacks. One is reflected cross-site and the second one is stored cross-site. Finding the main cause of this issue to avoid this situation is very important.

In the SQL injection type of attack the hacker can bring about modification in the data, and
he will not even need any permission for this from the user. The attacker will have access to the data, and he can also build fake credentials. To avoid these types of attack validation of the API call functions is needed.

Insecure randomness leads to damage in the application:

In many applications, the user will give the data. Now when the hacker adds a malicious
code then there will be insecure randomness. Now if the user clicks on the link then the
script will run in the browser and the attacker can get access to sensitive user data. Ideally, the user must make use of the whitelisted protocol for link building to avoid this issue.

The server-side rendering vulnerability can also lead to the leaking of data. This happens when the developer renders the app from the server-side. To avoid this vulnerability the
developer needs to use the NPM model. With this model, he needs to serialize the
JavaScript. Keeping a track of suspicious data is very important.

Many, not Securing React web application with End-to-End encryption:

One of the common reasons for data breaches is that end to end encryption is not being
followed. This makes it easy for the hacker to hack the system and as a result will get access to all the confidential information.

In this case, the attacker can execute arbitrary codes on certain procedures. This type of
attack is a very crucial thing and needs to be avoided under all circumstances. Care has to be taken to insure that it is not exposed to public products under any circumstances.

A malicious script that the attacker adds to the link can have a devastating effect. When the user uses this link, the attacker will get access to the user information.
React.js makes coding easy for the developers but it does have its own pitfalls in the form of security vulnerabilities. When the developer is working on projects where this framework is being used, he needs to keep in mind these vulnerabilities and needs to avoid the same to avoid data breaches.