6 pathbreaking benefits of Blockchain Technology that are transforming industries

The adoption of blockchain is an amazing technology that is transforming traditional business models. This digital technology has been used successfully in different industries like healthcare, finance, government, etc. Let us explore some of the benefits of blockchain tech for various industries.

IBM Blockchain Platform provides the most complete set of software. services, too in a variety of cloud environments.

Blockchain allows peer-to-peer transactions to take place transparently and without the need for any middleman. 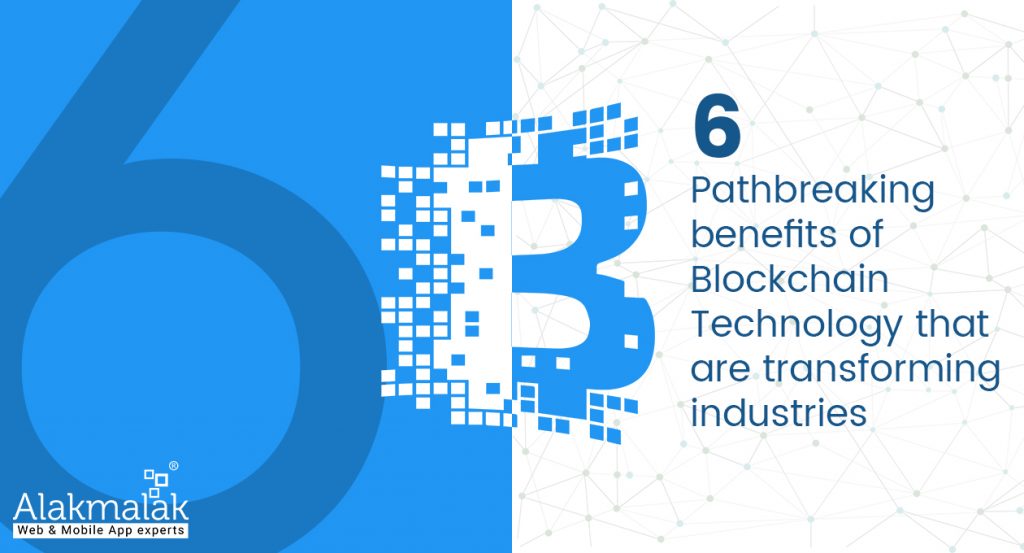 It must be noted that it is a distributed ledger technology where instead of individual copies there is common documentation for all the people in the network.

Only if all the participants agree then changes can be made in the common documentation. There is more accuracy and consistency in the data as compared to the paper process.

Get enhanced security with blockchain technology:

As compared to other options this is a more secure record-keeping system.

Better traceability in the case of Blockchain technology:

In the case of Blockchain, the tracing of the source of goods is easy as there is an audit trail. The authenticity of the traded goods can be checked with ease. In the case of businesses that are related to or that are involved in an exchange of goods prevention of fraud is possible when the Blockchain model is used.

Blockchain is a decentralized network. It is not stored at a single point and hence it is not possible for a single entity to control the system. This decentralization makes this one of the most secure systems that one can trust completely. If you are looking for a fair system of distribution for your business then you must opt for Blockchain technology.

One of the biggest advantages of Blockchain tech is Peer to Peer network storage. There are a continuous exchange and recording of information. The computer system within the Blockchain network is called a Peer and each peer is referred to as a node. All the nodes are equal but they can have different roles. The Blockchain system is such that the destruction or loss of data is not possible.

Reduce the cost of the transaction